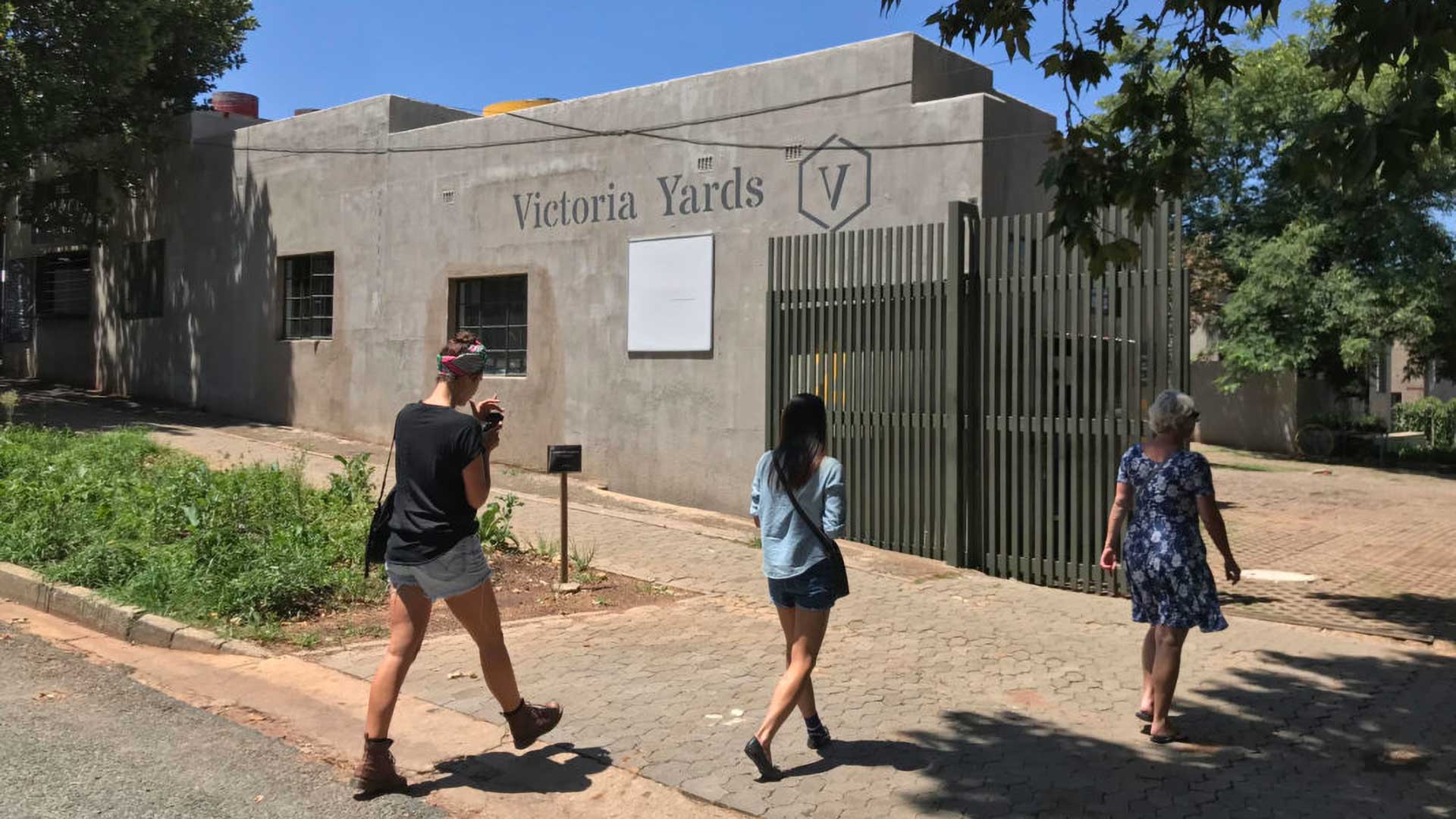 Have you heard about Victoria Yards before? Read on for more information on a space you definitely will want to check out during your time in Johannesburg.

‘Any form of art is a form of power; it has impact, it can affect change- it can not only move us, it can make us move’ – Ossie Davis

The Rise of the Creative East series uncovers various places in the East of Johannesburg CBD, that are foresting, cultivating and promoting the merge of communities and artists. Our first visit for the series was a drive to a revamped old industrial space that is has been developed for artisans and creatives. Not too far from Maboneng, we went to Lorentzville which is home to Victoria Yards.

A former farming land in the 1930s, Lorentzville is a small suburb found on the crust of the East of Johannesburg Central Business District. Once predominantly a Jewish working- class neighborhood, Lorentzville has since transformed to a multi- ethnic suburb. This quiet suburb sturdily embraces its history through the remaining face bricked walls, semidetached houses dating back to 1905 which are still home to many people in the community. The area is still home to some businesses that were originally established there. At the corner of Victoria road resides the central kitchen of the successful fast food franchise Nando’s which opened in 1901. It is across the road from the central kitchen where you will be inspired by an urban upheld rusty space that promotes and caters to artisans.

Victoria Yards encompasses an interesting spin on the notion of inner city development. This is attained through the development of spaces that create a better connection between artists, community members and art lovers. Artists such as the unapologetic painter Ayanda Mabulu and South African jean guru Tshepo the Jean Maker have their studios at Victoria Yards which can be visited by the public. Secondly the developers of Victoria Yards hope that the center will be a channel that transfers artisanal skills through artists such as metal worker Justin Wells sharing his technical skills.

When walking into the center you are greeted by longstanding industrial structures used as studio spaces which are juxtaposed with large pockets of green farm land. Staying true to the origin of Lorentzville, Victoria Yards urban farming project aims to generate income and generate opportunities through the cultivation of seasonal fruits and vegetables.  The pockets of farm land organically spread out to the central area of the center where the audience is entertained by live music and freshly made food.

Artisans in the building

The buildings in the center give off an abandoned, unoccupied aesthetic which makes the exploration and tour of Victoria Yards more exciting. As you are not sure what you will find in the empty looking yet occupied structures.

In one of the buildings we met a passionate, driven man by the name of Steve. The Ghanaian educator has dedicated his time, energy and focus on rehabilitating children living on the streets of Johannesburg. Steve up skills the kids by transferring the technique and knowledge of an ancient, respected skill of West African kente weaving. Steve learnt the technique at the early age of 13 years old. Since then he has not only mastered the production skill but also learnt to build the entire machine used to weave the fabric. Through his project Operation Feed Yourself he aspires to pass over this skill to the youth.

The first Sunday of every month embodies the entire experience of Victoria Yards. All the studios are open to the public with the destination brewery Impi Brewing Company serving samples of some of their handcrafted artisanal beers. The tantalizing smell of food on the grill, the whispers of people’s chatter as they explore various studios accompanied with live performances of classic Sunday slow jams in the background make ones Sunday afternoon colourfully blissful.  If giving up Sunday lunch is not in your books, Victoria Yards is open for weekly visits.

Heading to Joburg soon? Check out what we’re getting up to over on Instagram here.